Living with epilepsy, whether it’s you or someone you love, is quite a challenge. It requires changing the way you approach handling what are otherwise normal situations. People who deal with epilepsy have to always be on the lookout for symptoms and signs of an epileptic episode.

Thankfully, not all people with epilepsy experience severe episodes. Some people manage minor symptoms. An epileptic episode can happen and it only looks like the person is staring off into space for a few months. Other times, however, episodes pose a serious threat to physical health and safety. People lose important body functions and can collapse without control, falling into hard objects that cause injuries.

Here we cover some of the basics of epilepsy to help you better understand the disorder and how to successfully manage and treat the condition.

Do All Seizures Mean a Person Has Epilepsy?

Epilepsy denotes a condition in which a person experiences chronic seizures. If you have one seizure, it doesn’t mean that you are necessarily epileptic. Traumatic injuries and other experiences can trigger seizures. The brain’s signaling is interrupted and it impacts a person’s functioning. In some cases, seizures are the body’s way of protecting itself. Low blood sugar can also cause seizures unrelated to the brain’s activity.

Determining whether epilepsy is the cause of a seizure typically requires a medical examination. Doctors will test the electric signaling in the brain to see whether there are signs of epilepsy. In instances in which the seizures are not epileptic, medical professionals will prescribe ways you can lower your risk of having a seizure (like telling you to monitor and maintain a certain blood sugar level).

If you or someone you know discovers that you have epilepsy, then they can talk to you about various medicines you can take and how to manage the condition effectively.

There Are Many Different Types of Seizures

Some seizures only last a moment, others can last for several minutes. What most people think of as seizures involves violent thrashing and convulsing. While this does occur, it’s rarer than you think. For people who struggle with extreme seizures, there are now more treatments available as well as surgical interventions that limit their seriousness and frequency.

Some people use a medical device to manage neurons in the brain. These devices can effectively control and moderate seizures as they occur. Some people experience success treating seizures by controlling their diets. For example, the ketogenic diet, some forms of the Atkins diet, etc., show a positive impact on seizure symptoms.

Brain surgery is the most invasive treatment for epilepsy. It’s not typical for most people with epilepsy to go through surgery. Instead, it’s reserved for the most extreme cases.

Sermorelin is a peptide that is a growth hormone-releasing hormone analog. Right now it’s going through development as a potential seizure-reducing treatment. The brain includes what is known as gamma-aminobutyric acid (GABA), which is a signaling molecule that reduces electrical activity. Many current anti-seizure treatments work by increasing the level of GABA in the brain or mimicking its effects. In recent studies done on mice, those that received sermorelin saw increased activity in GABA receptors and lower overall seizure activity. This relatively new finding is a positive development in finding an alternative treatment for seizures without some of the negative side effects of other medications.

Learning more about epilepsy and potential treatments helps prevent injuries and promotes a better quality of life among people with the disorder. Spotting early signs of seizures, knowing what to do, and what medical interventions are available, make it possible to live a full, happy life with epilepsy. To learn more about epilepsy, or if you’ve recently had a seizure, talk to a medical professional. They’ll talk to you about the best things that you can do to manage the condition and lower the impact that seizures have on daily life. 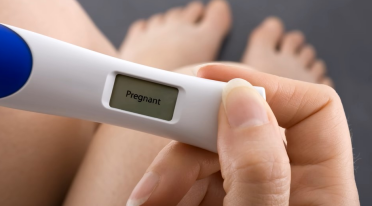